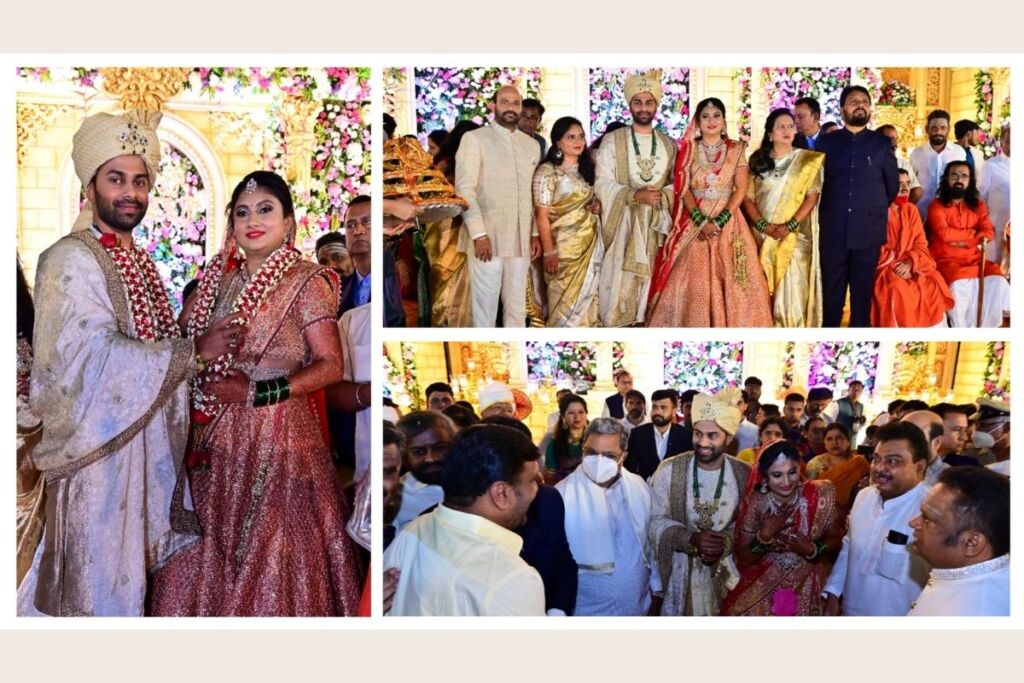 November 22: The Talampally family from Hallikhed, Humnabad of the Bidar District of Karnataka, celebrated the wedding of Akash, son of businessman Dhanraj S Talampally and Shailashree Talampally, with Dr. Shakuntala, daughter of former Karnataka minister and sitting Congress MLA Rajashekar B Patil and Prema Patil. The wedding saw the presence of a large section of State and National Political leaders from across various parties from the State. The list included leaders like the former Chief Minister and leader of opposition in Karnataka State Assembly, Siddaramaiah, KPCC President, D K Shivakumar, and Leader of Opposition in the Rajya Sabha, Mallikarjuna Kharge, among other eminent leaders from the state and centre.

The wedding was a feast to the eyes with a lavish ceremony that was organized at Shakuntala Patil Residential School premises in Bidar. Thousands of guests blessed the couple as they step foot into their journey of life together. The grandeur and opulence of the entire event gave an experience the guests would never forget. The entire wedding ground spread over acres of land was lit up, making it nothing less than a fairy-tale royal wedding.​

Akash Talampally is the Managing Director of Talampally Venture Private Limited and is an emerging name in the Real Estate business. He is the Secretary for the CREDAI Youth wing in Karnataka and is a well-known name in the elite real estate circles of Bangalore.

Talampally Group has been at the forefront of providing support and assistance to the needy people of the Bidar district in Karnataka. Dhanraj Talampally and his team have been widely lauded for the social welfare initiatives that they have spearheaded in Humnabad. This includes educational scholarships, health checkup camps, providing school books, providing food kits and ration supplies during times of natural calamities and crises etc.

Inspired by the gesture of the late Sandalwood superstar, Punit Rajkumar, whose eye donation helped 4 people with the gift of vision, Businessman Dhanraj Talampally had organised a Free Two Day – Eye Check-Up Camp for the people of his hometown Humnabad. This initiative helped raise awareness on the need to donate your eyes and help save lives.

This social concern initiative to celebrate the occasion was highly appreciated by people from across the state and the nation. 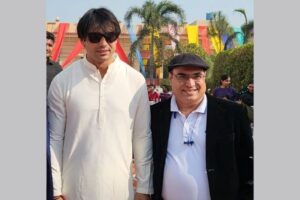 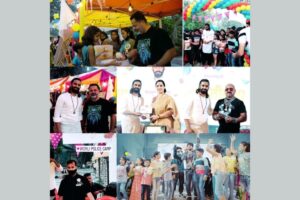