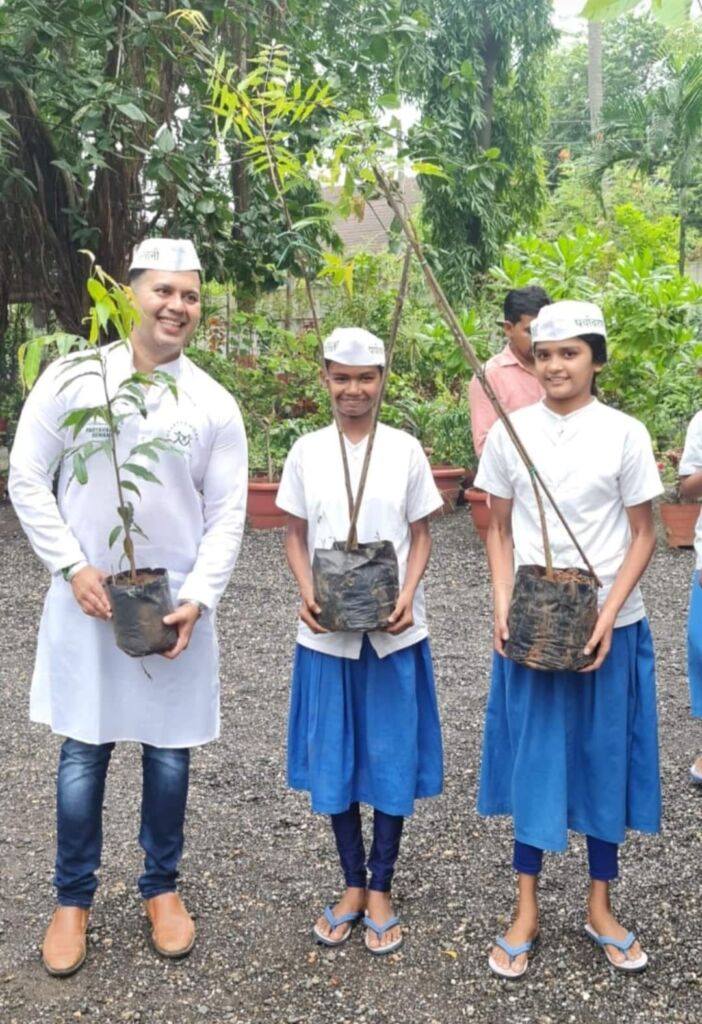 Bardoli (Gujarat) [india], October 06: Greenman Viral Desai’s environmental movement ‘Satyagraha Against Pollution’ started a few months ago has become a national movement. He is reaching out to hundreds of people and thousands of students through this environment campaign. Under this movement, he also celebrated Gandhi Jayanti, where he introduced the ideas of Satyagraha against Pollution to the students of the famous Swaraj Ashram in Bardoli, planted trees with them, and made them Paryavaran Senani (environmental warriors).

In the celebration held at Swaraj Ashram in Bardoli, Viral Desai presented a skit, an imaginary dialogue in heaven between Mahatma Gandhi and Sardar Vallabhbhai Patel to the students, in which Gandhi and Sardar inspire a satyagraha against environmental problems and pollution. It may be mentioned that during the entire program, he also made Niranjanaben Kalarthi a Paryavaran Senani, and she proudly joined the movement of Satyagraha against Pollution. Niranjanaben is the administrator of Swaraj Ashram and a witness of Gandhi and Sardar’s satyagraha, who also got a chance to play in the lap of Sardar Vallabhbhai Patel.

Arriving in Bardoli on the occasion of Gandhi Jayanti, Viralbhai said in a conversation with tribal daughters, “You are the proud daughter’s of the forests, and you are currently getting an education in the holy land of Sardar. Therefore, no one can be a better brand ambassador than you for our movement of ‘Satyagraha against Pollution’, which promotes tree plantation at the core. Witnessing that you become an environmental warrior on this auspicious day, even Gandhi Ji and Sardar Patel must be pleased in heaven today.’

Niranjanaben Kalarthi participated enthusiastically in the entire program and gave her best wishes and blessings to Viral Desai for honouring such a Satyagraha. She also expressed her pleasure over Viral Desai’s environmental work. At the end of the program, it was decided that in the near future, under the ‘Satyagraha against Pollution’, particular types of trees would be systematically distributed in the tribal areas of Surat, Navsari and Dangs, and thus efforts would be made to empower the women of those areas.

It is noteworthy to mention here that Viral Desai has planted more than 50,000 trees under his pledge of Azadi the Amrut Mahotsav, out of which around 17,000 trees were distributed and planted in Tree Ganesha Movement alone. Recently he also got recognized in the 72nd Van Mahotsav of the Government of Gujarat for his contribution to tree Plantation. 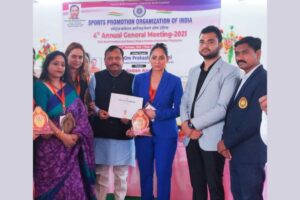 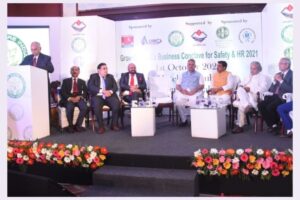